The long history of rhinoplasty

The long history of rhinoplasty 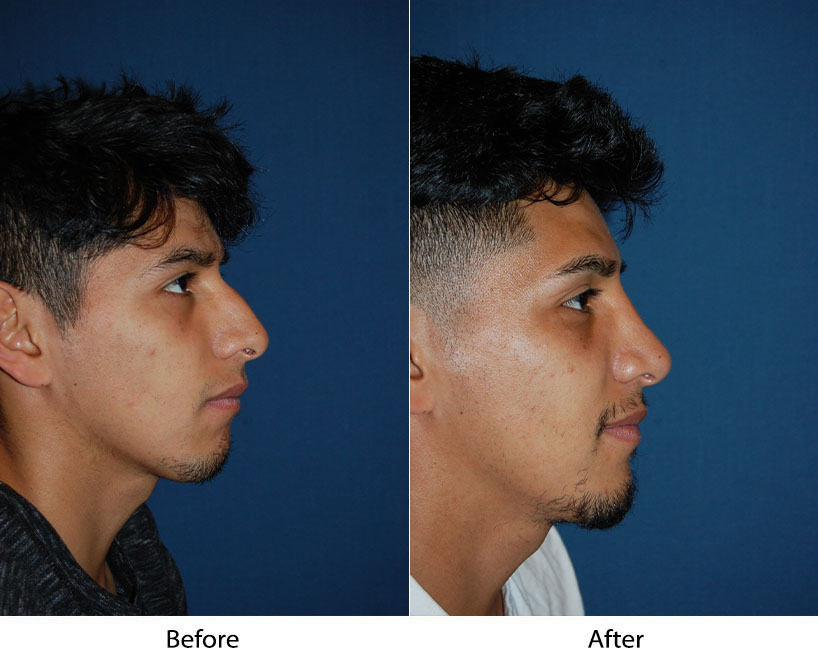 The distant past of rhinoplasty

The history of rhinoplasty is very long, but not very pleasant to read about in detail. The medical practices of bygone centuries tend to be rather horrifying, and this is certainly true of the early nose job. Ancient Egyptian doctors developed ways of rebuilding the nose, to help convicted thieves whose noses had been cut off. (No one knows where the thieves got the money to pay for this operation, but they probably stole it.) In India in the 6th century B.C., a surgeon named Sushruta used skin from foreheads to rebuild noses. The method of sewing skin from elsewhere in the body onto the nose was also used in 16th-century Europe to repair damage from war or (more commonly) syphilis. In that case, it was sometimes the arm rather than the forehead that provided the skin, which meant that the unfortunate patients had to have their arms sewn onto their face until the graft took.

Note that all of these methods were intended to provide a more or less acceptable repair to catastrophic mutilation. It was not until the advent of anesthetics in the nineteenth century (and until Dr. Lister taught the medical establishment the importance of washing one’s hands before an operation) that it became possible to consider using rhinoplasty as a way to make a perfectly functional nose look better.

Quality is something worth paying for

The modern Charlotte nose job is more often done for cosmetic purposes. As such, it isn’t something insurance will pay for, so you might be looking for a way to save money on it. The best way to do that is to get the best surgeon you can find to do the job and get it right, rather than to perform an operation that might have to be redone at an even greater expense. Remember that the cost of a rhinoplasty operation includes the operating room fee, surgeon’s fee, and anesthesiologist fee. None of these are things you want to cut corners on, so you should be suspicious of anyone who offers you a nose job for $1,000 or less.

Dr. Sean Freeman is Charlotte’s best rhinoplasty surgeon. He has been certified by two different surgery boards, the American Board of Otolaryngology (head and neck surgery) and the American Board of Facial Plastic and Reconstructive Surgery. He has devoted himself to facial plastic surgery, including nose jobs, since 1988. Many of his patients have already gotten nose jobs from other surgeons and come to him for revision rhinoplasty to get the results they really wanted. If you live in or near Charlotte NC and want a nose job, improve your chances of success by making an appointment or scheduling an online consultation with the best rhinoplasty surgeon in the area today.