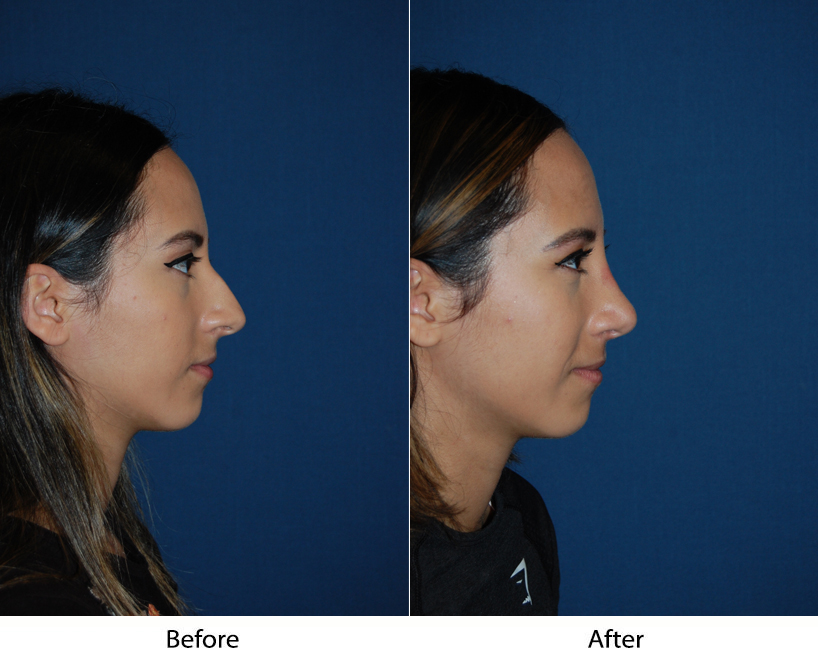 (Note: The following are dramatizations of Rhinoplasty.) He was seventeen, and his nose was big. Or not exactly big, but the bridge was very high, which made it seem bigger than it was. To make matters worse, it had been broken in a fight in the sixth grade, and had set a little crooked. As a child, he had almost gotten used to being teased about it, but now that he was trying to get dates his nose felt like a giant blazing warning light of shame and self-consciousness in the middle of his face.

On top of everything else, he had recently learned that he snored. He had not been willing to believe that he snored until his beloved little brother recorded him sleeping. On the tape, he was making noises that should never come from a human.

So his family took him to talk to a plastic surgeon. There he learned that since his face was still growing, he should wait until he was about seventeen to have the rhinoplasty done. He also learned that a chin implant would balance his face and make his nose look less big.

For his seventeenth birthday, he got the surgery. After a couple of weeks, the swelling went down and he finally had a face that made him feel good about himself.

She was thirty. She wanted to land a slot as an anchorwoman at a local station, and she did not think her nose was quite ready for TV. She found a surgeon who would give her a really good deal on a nose job.

When the swelling went down, her new nose was a disaster. The sides were too narrow. The tip was too upturned. It might have been acceptable on a different face, but not on hers. So much for her TV career. At least with her old nose, she had been able to go out in public without embarrassment.

Doing some research, she found that it was best to wait a year between rhinoplasties. This was going to be a long year. She used the time to find an experienced surgeon who had performed revision rhinoplasty often. This time, it was done right.

Dr. M. Sean Freeman is Charlotte’s most experienced rhinoplasty surgeon. He has been certified by two different surgery boards. He has devoted himself completely to facial plastic surgery, including nose jobs, since 1988. With the help of computer imaging, he can show various possible ways your nose can look when the surgery is done, allowing anyone, adult or teenager, to describe precisely the results he or she wants from the operation. Many of his patients have already gotten nose jobs from other surgeons and come to him for revision rhinoplasty to make them better. If you live in or near Charlotte and your son or daughter is interested in rhinoplasty, schedule your appointment or online consultation today.