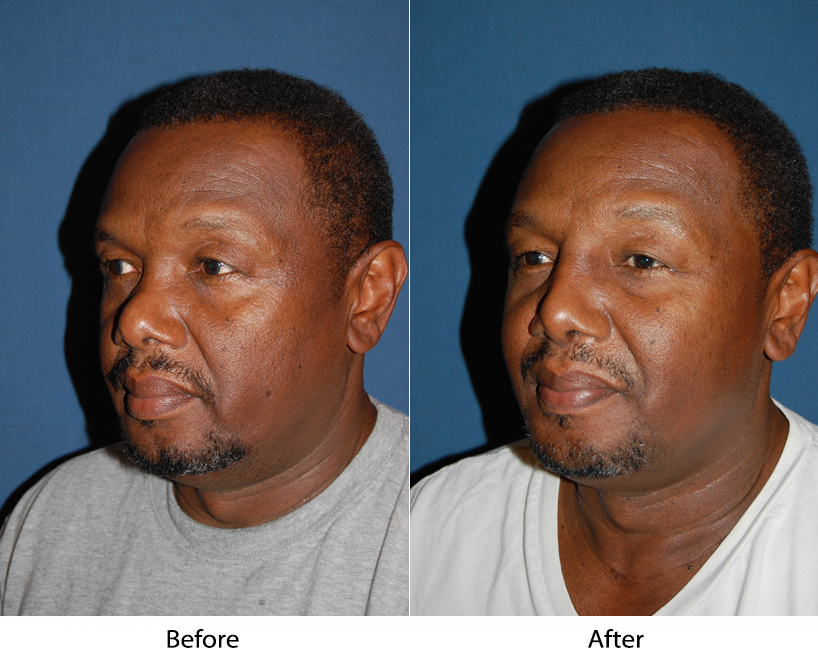 Even the most perfectly shaped nose is seldom remarked on for its beauty by itself, the way eyes are. (Just as well. Debbie Gibson singing “Lost In Your Nose” would not have the intended effect.) The perfect nose is one that best complements the other features of the face. An oversized nose, or one that has been damaged by injury, calls attention to itself at the expense of the face. A nose that has been subject to a bad nose job or rhinoplasty and either looks misshapen or doesn’t fit in with the rest of the face has the same problem.

This isn’t usually a problem. According to a study published in JAMA Facial Plastic Surgery, about 3.3 percent of nose jobs (about one in thirty) need revision. According to the Web site Real Self, 89% of those who rated their rhinoplasties in the last two years said that they were worth it. But 89% is not 100%. Sometimes nose jobs don’t turn out right — and since it takes several weeks for the swelling to go down after rhinoplasty, the unfortunate customer won’t know anything’s wrong until then.

What can go wrong, and what to do about it

A number of things can go wrong during a rhinoplasty. If the surgeon is inexperienced, he or she might underestimate the thickness of your nasal skin, or overestimate the strength of the cartilage underneath. He or she might have given you exactly the nose you asked for without mentioning that it would be unsuitable given the structure of your face — this can happen when surgeons and patients don’t quite communicate. Or your nose might have been injured during healing.

The good news is that you can have your nose fixed, eventually. Revision rhinoplasty is a specialized form of rhinoplasty that can correct the mistakes or accidents that sometimes happen with nose jobs. The bad news is that you’ll have to wait until at least a year after the initial surgery to have the corrective surgery done. When you’re ready, you’ll want it to be done by the best surgeon you can find, one who takes the time to find out what you want and figures out how best to achieve it, and who has acquired expertise in revision rhinoplasty.

Dr. Sean Freeman is Charlotte’s best rhinoplasty surgeon. He has been certified by two different surgery boards, the American Board of Otolaryngology (head and neck surgery) and the American Board of Facial Plastic and Reconstructive Surgery. Since 1988 he has done only facial plastic surgery, including nose jobs. Many of his patients have already had rhinoplasty done by other surgeons, and come to him for revision rhinoplasty to get the results they really wanted. If you are in need of revision rhinoplasty, schedule your appointment or online consultation today.